7 Most Addicting Mobile Games for Kids

Most mobile games are specifically designed to keep both adults and kids playing for hours on end. Companies hire behavioral psychologists to make their games as addictive as possible - so much that we're even willing to spend money to progress. Here's our list of 7 highly addictive mobile games you should know about. 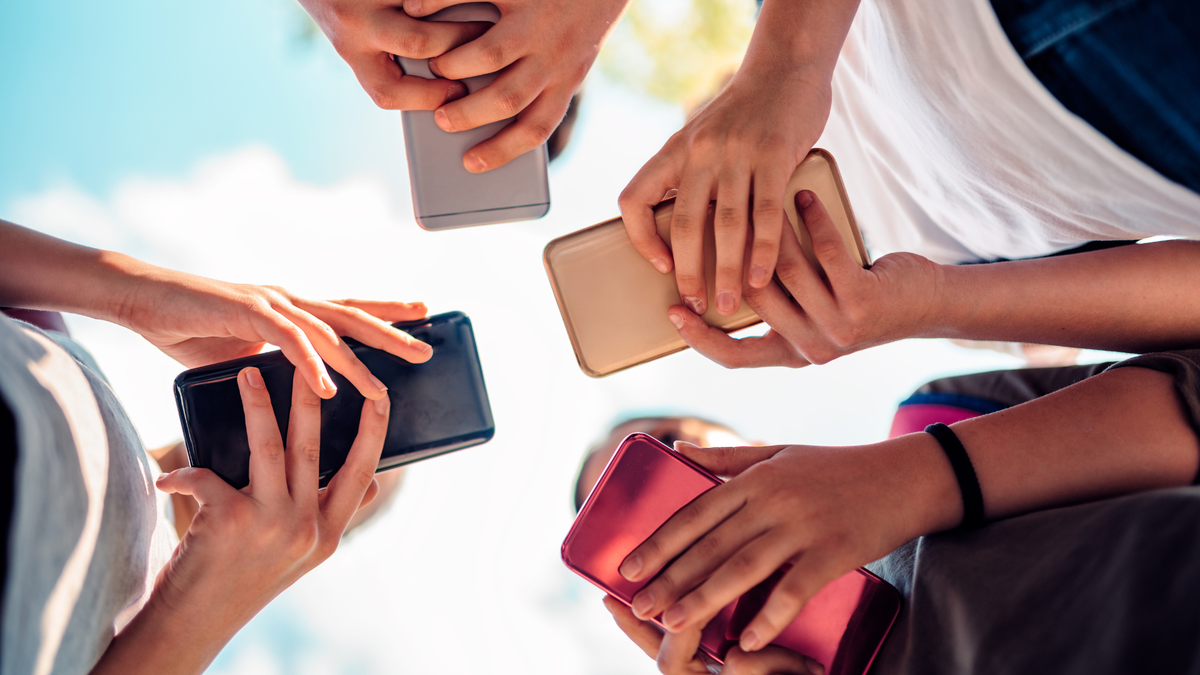 As Jake and other young graffiti artists, you get caught by the police and have to run across train tracks to escape the cop and his dog. Along the way, you collect gold coins and other items while dodging trains and other obstacles. Subway Surfers is a never-ending running game that you can easily spend hours playing. You can spend your gold coins on rewards like a hoverboard that will help you collect even more coins, or you can use them to customize your character’s look.

What makes it addictive?
Subway Surfers uses 2 strategies that make the game addictive: progression and rewards. People immediately feel good when they accomplish something, and they like to come back again and again - especially when you also get rewarded for each achievement.

What you should also know
The game contains no violence, no bloodshed, and no adult content. However, there’s always the option to get more coins or other perks if you watch ads. 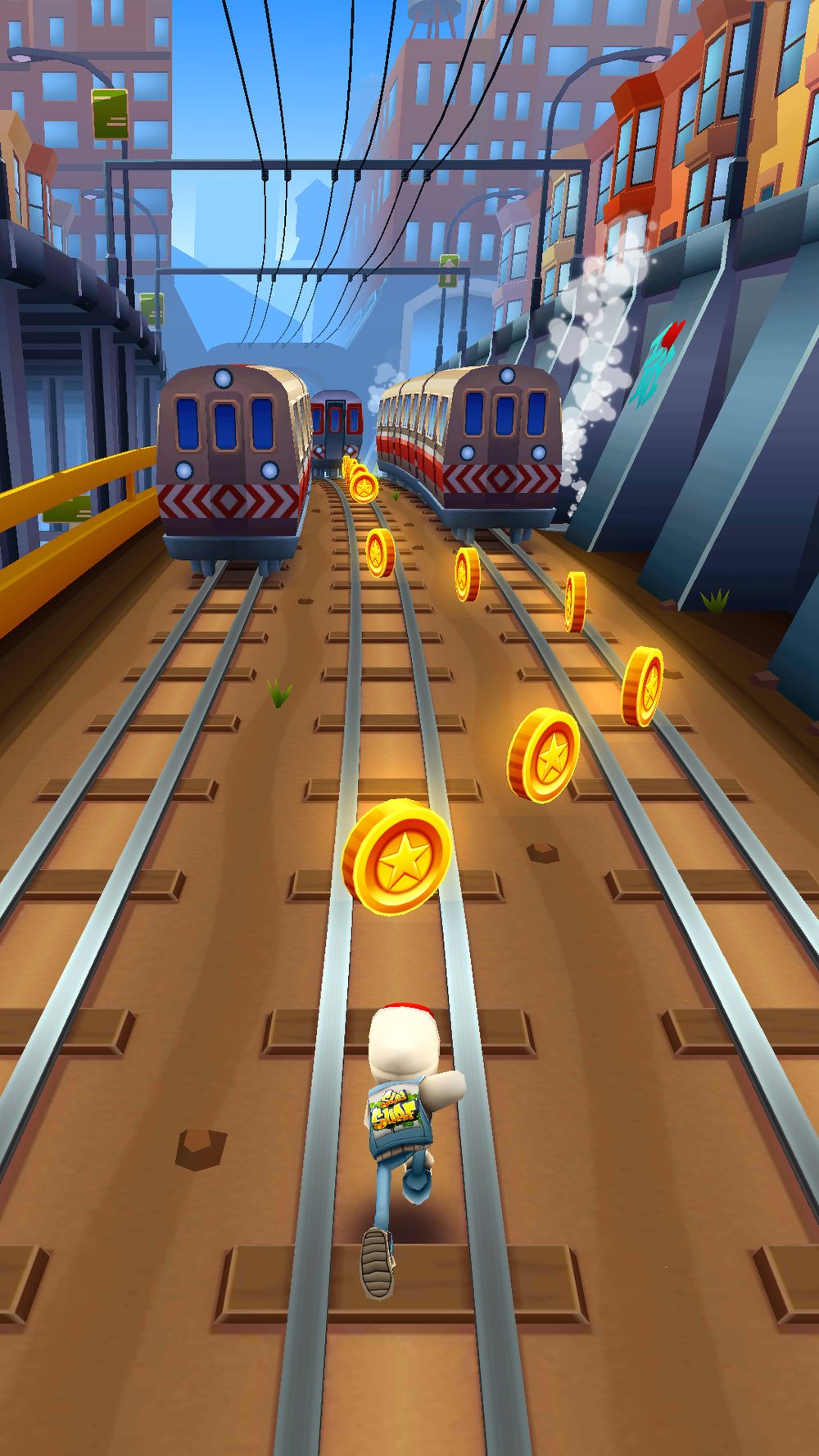 Among Us is a so-called online multiplayer social deduction game. This genre has the objective that team members find out each other's hidden roles in the game. Among Us is set in space and each player takes one of two roles: You’re either a regular crew member or an impostor. You can play this game with a group of friends or complete strangers - either way, it never gets boring.

What makes it addictive?
Among Us follows the popular murder mystery theme so it offers an emotional experience that includes deception and suspense, making the game highly engaging. Before each game, you never know whether you’re a member of the crew or an imposter before each game, so it’s tempting to play another round to take on a different role and try to win by deceiving others.

What you should also know
Be aware that when playing with strangers, your kid may contact them, and as with all social games, not all players have good intentions. Also, impostors are killed, so there is a (cartoonish) depiction of violence. 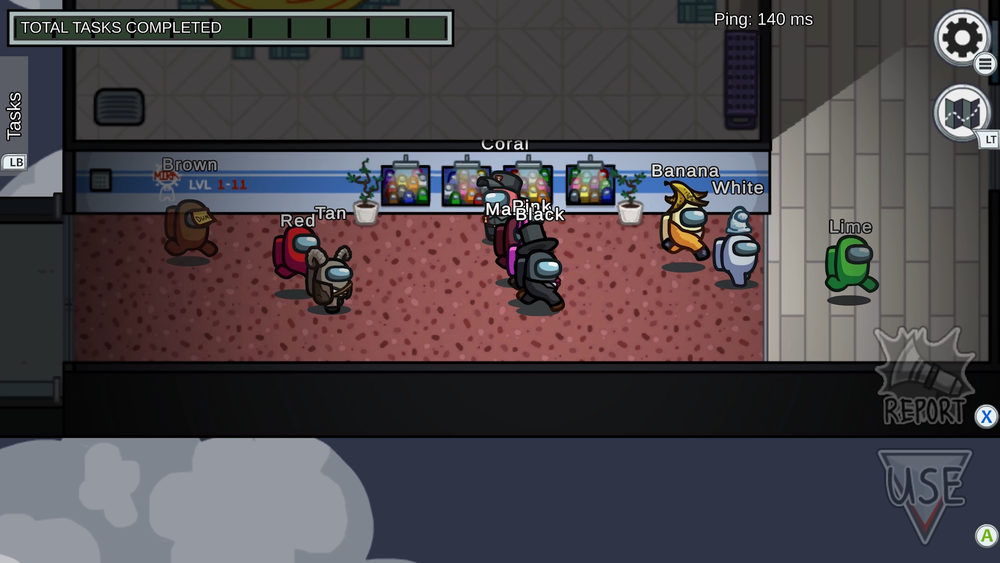 The goal of Among Us is to find and kill the impostors in your team. (Source: InnerSloth)

In Clash of Clans, players build their own villages and raise an army to raid others and loot goods. The objective is to wait in real-time to harvest resources to improve the buildings in the village and then gain access to more buildings.

What makes it addictive?
Clash of Clans is a progressive real-time game. At the beginning, you have a reasonable amount of resources, so you can improve your village quite quickly, which gives you instant satisfaction. As you progress, it takes longer and longer until you can make another upgrade. At this point, you're already emotionally involved in the game and striving for that feeling of satisfaction. So you get more and more impatient - and then you're willing to spend a little money to progress faster.

What you should also know
Players can join other clans and chat with each other, so be aware that strangers can contact your kid. 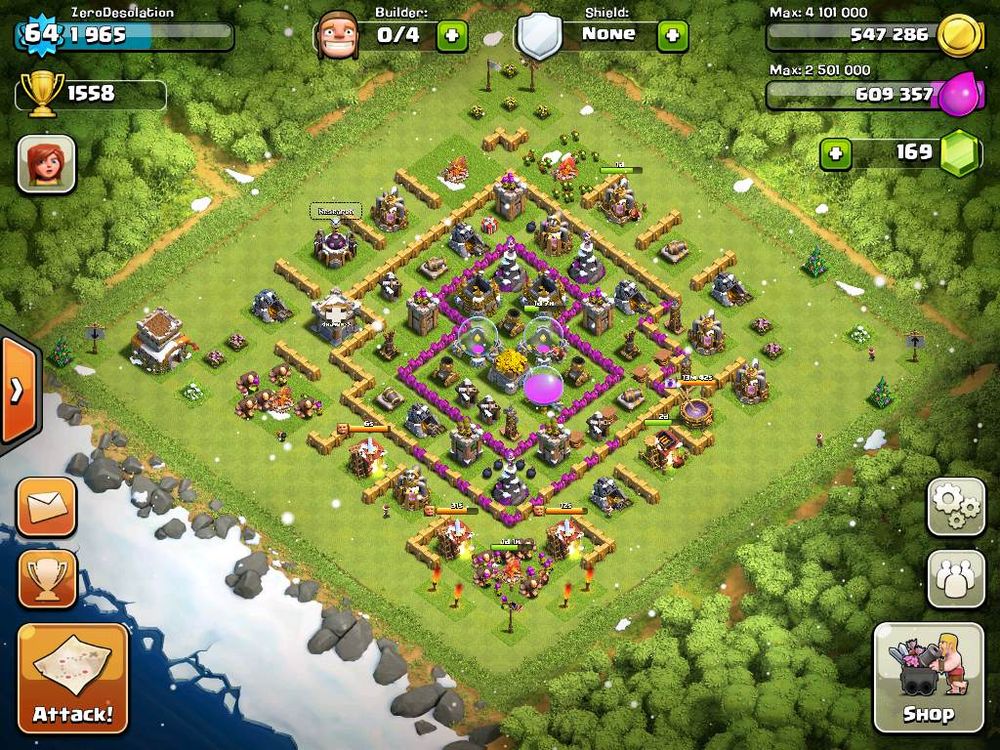 In Clash of Clans, you build and defend your village. (Source: Supercell)

Roblox is a gaming and social platform that offers millions of games in various genres: Adventure, Roleplay, Battles, Obstacle Courses, and more. Any user can join these open-world games and interact with other players.

What makes it addictive?
When you master a challenge while playing, your brain releases dopamine, which makes you happy. Naturally, you want to feel good all the time, so you keep playing to chase that feeling. It's easy to get a dopamine rush when millions of games are just a fingertip away, right?

What you should also know
Roblox games contain violence, and other players can chat with your kid if parental controls aren’t set up.

The objective of Candy Crush Saga is pretty simple: you have to match 3 or more candies of the same color to make them disappear and advance. There are over 10,000 levels (!) and it gets harder and harder.

What makes it addictive?
Candy Crush Saga is very easy at first, so players are immediately satisfied when they complete a level. After a while, you might not succeed on the first try, and you only have a certain number of attempts for each level. When you run out of lives, you can either wait for them to be restored, or you can get rid of your negative emotions (e.g. impatience, striving for satisfaction) by buying more lives. 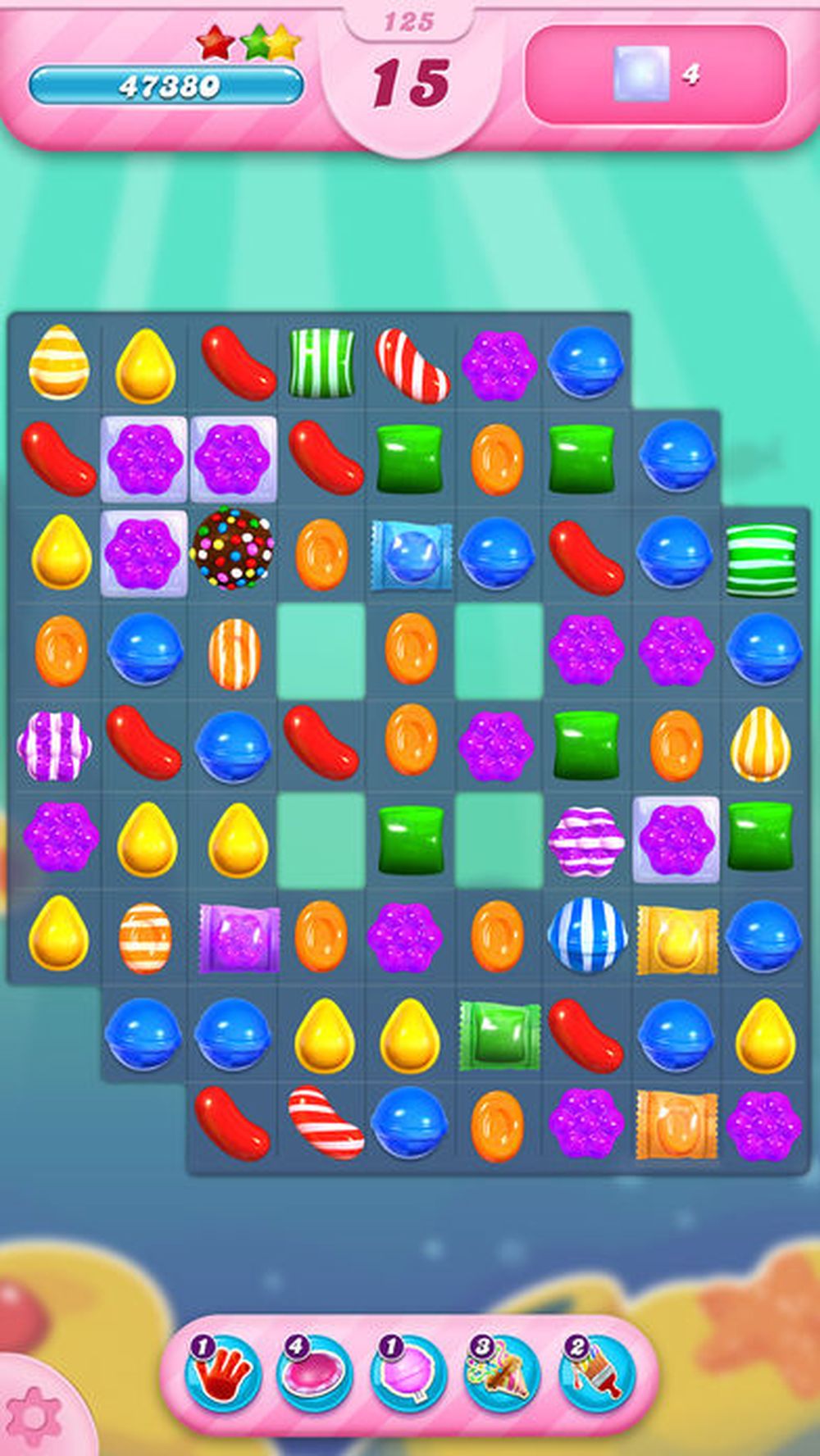 To finish a level in Candy Crush Saga, you have to match candies of the same color. (Source: King)

PUBG (PlayerUnknown's Battlegrounds) Mobile is a multiplayer shooter game where the objective is to survive battles with up to 100 players. At the beginning of each battle, all players parachute onto a large island with buildings, items, equipment and weapons. Once they land, they try to kill other players and survive.

What makes it addictive?
The appeal of PUBG Mobile is the competitive aspect. Users play and play and play until they are the sole survivor. Also, the developers reset the game every few months, so all players lose their hard-earned progress and have to start all over again. It's a clever strategy to keep users striving for that constant dopamine and adrenaline rush - and get them addicted.

What you should also know
Players shoot each other - and it’s bloody and gruesome. 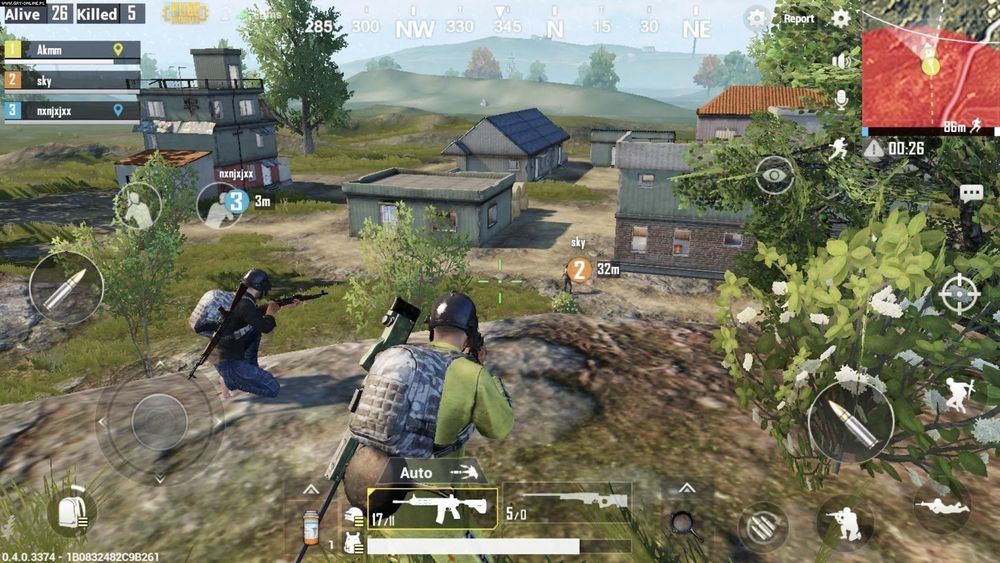 Kill or be killed is the motto of PUBG Mobile. (Source: PUBG Corp)

Stumble Guys is a multiplayer knockout game with up to 32 players, racing through hurdles and chaos to defeat their rivals and be the last player standing. Each game only lasts a few minutes, making it quite a hectic game.

What makes it addictive?
Stumble Guys is all about competing against others. As you play, your brain releases dopamine (feelings of happiness) and adrenaline (excitement) - the perfect combination to keep trying to win. Plus, each round is played with different players, so it doesn't get too monotonous and keeps its appeal.

What you should also know
Stumble Guys is slightly violent. Watch out for in-app purchases and advertisements. 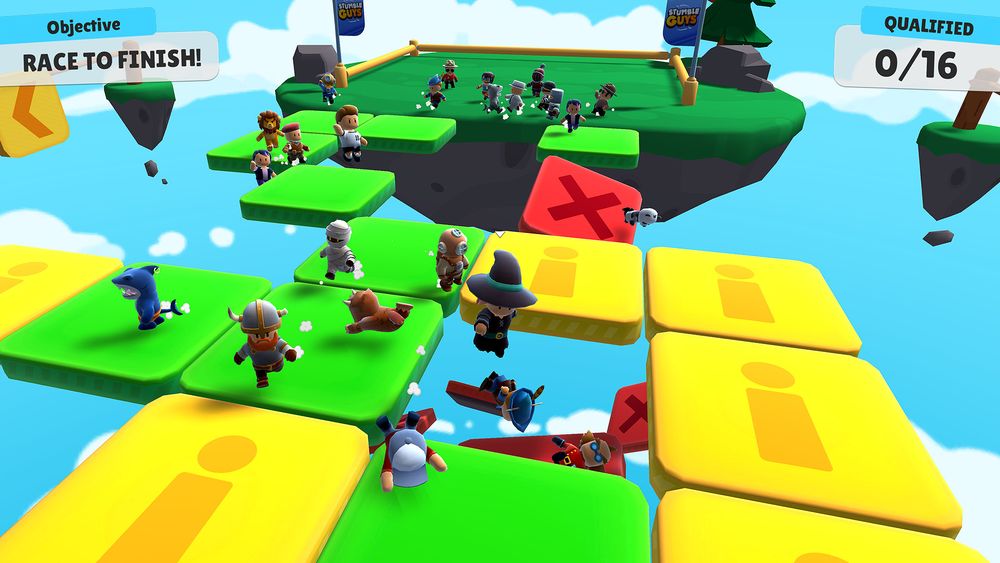 'Race to Finish' is the objective of Stumble Guys, which is anything but easy. (Source: Kitka Games)